Andermatt dates back to 4000 BC indicate that the Ursern Valley was inhabited already in the Neolithic period. Roman times this Alpine valley was almost certainly colonized by Helvetic Celtic tribes. This all said, Andermatt can only be traced back to Alemannic tribe times, the Walsers built settlements in the area, where today’s town of Andermatt is found.

Recently Andermatt has invested Sfr1.8bn on generating six new four- and five-star luxury hotels, 490 apartments and many luxury chalets, of course not forgetting a lovely 18-hole golf course. Andermatt's geographical setting is stunning with its nearby mountains positioned so snugly it is truly wonderful, a vista so classic Swiss that one might believe to be in a model ski village of Switzerland. Andermatt has indeed attracted many celebrated visitors in the past, among them J M W Turner, Charles Dickens and Elvis Presley.

There are 2 Andermatt ski areas with improved lifts, Sedrun area and along the valley Nätschen The Best of the skiing will remain the imposing north-facing Gemsstock, the grandest of the mountains around the town, the cable car transporting alpine enthusiasts to its 2,900m plus peak in fact the top station is one of the great Alpine panoramiques of the region. 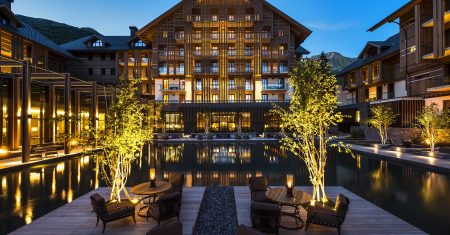 Features
Prices from
CHF485 pn
based on low season
﻿