Officially called the Republic of Zimbabwe, Zimbabwe is a non-coastal country situated between the Zambezi and Limpopo rivers down in the southern part of the African continent. With Zambia to the northwest of Zimbabwe, Mozambique to the east, South Africa to the south, and Botswana to the southwest, Zimbabwe is surrounded by some of Africa’s most interesting countries. The official languages of Zimbabwe are English, Shona and Ndebele.

Interestingly, for years Zimbabwe was once a major tobacco producer, but more fascinating than that, Zimbabwe is home to the Victoria Falls, one of the most captivating natural wonders of the world. Zimbabwe also holds the stone remnants of a past empire which can be found in the enclosures of Great Zimbabwe, and like most other African countries, countless herds of wild Elephants and game can be found roaming the vast stretches of Zimbabwe’s wilderness.

Malilangwe is one of Zimbabwe’s major wildlife reserves. The reason it’s major is because not only is it teeming with exotic birds and wildlife, but also, it is home to some rare and endangered species such as the black rhino and the roan and sable antelope. Not only is it home to endangered game and wildlife, Malilangwe holds over 100 rock sites that date back to more than 2,000 years, imposing ‘upside-down’ Baobab trees, and cathedral Mopane forests.

Found within the Malilangwe Wildlife reserve is supposedly one of Africa’s best-kept secrets, the Luxury Lodge Singita Pamushana Lodge. Comprising of six luxury suits and one villa, the complex overlooks incredible views of the Malilangwe dam. Cushioned within the trees, it also provides splendid views of the pool, the lush gardens and the lake below from a sound incorporation of the natural environment and forest-like architecture. 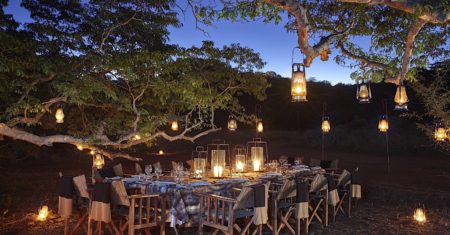 Features
Prices from
US$3,800
based on low season 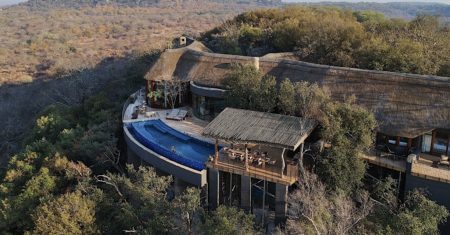