The Maldives, is a sovereign island country and archipelago in the Indian Ocean, Malé being the capital city. It is located southwest of India and Sri Lanka in the Laccadive Sea. The Maldives is made up of a chain of twenty six atolls stretches from Ihavandhippolhu Atoll to the Addu Atoll. It is one of the world's most geographically dispersed countries spreading roughly 90,000 square kilometres.

The Maldives became a republic in 1968 ruled by a president and government. Most of the population are Muslims.

Known for its beautiful beaches, blue lagoons and extensive reefs, tourism and fishing are the keys sources of income.

Similar to tropical countries, the Maldives enjoys a dry and wet season. The dry season or the Northeast Monsoon is from January to March, While the wet season or the Southwest Monsoon is from Mid-May to November. Amidst the two seasons, there is little or no change in the temperature. This makes every season the best season to visit the Maldives. 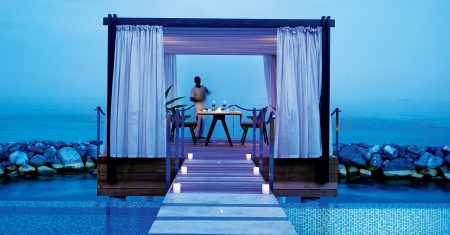 Features
Prices from
US$250
based on low season
﻿